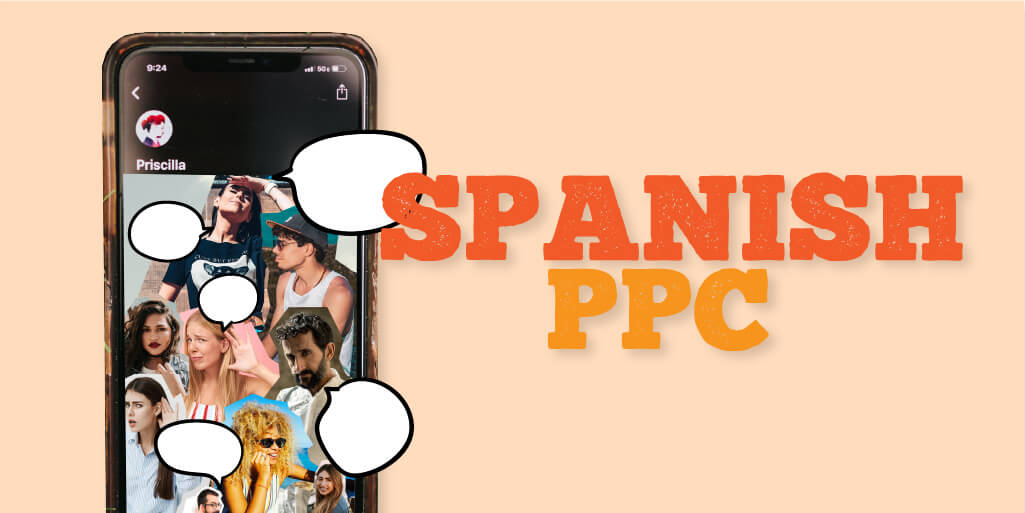 As digital marketers, we have all been there — stuck on what to do next and trying to reinvent the wheel. We know what it is like to run out of ideas, to try every strategy, to test every new feature until we get to that point where we have done it all. And then what?

What if I tell you that in order to come out on top, you don’t need to reinvent things? What if you can try something new while barely changing the way you do things now? What I am talking about is keeping in place all the strategies you know work, along with all the content you know sells, and then simply translating them into the second-most spoken language in the United States.

Why should we focus on Spanish over all other languages?

This is a very fair question as there are hundreds of languages spoken in households all across the United States. Over 20% of Americans are bilingual and this segment of the population has more than doubled in the last 30 years. Additionally, the percentage of languages spoken at home is on the rise, from Spanish to Tagalog.

With so many language options to choose from, the reason I am focusing on Spanish is because, besides English, it is the most commonly-spoken language in the United States.

And since we are on the subject of bilingual speakers, I have a myth to bust. Most marketers believe that bilingual strategies will only be effective in major metropolitan areas. For this reason, it is not uncommon to see billboard and public transit ads in other languages posted in New York City or Los Angeles. However, these same billboard and public transit ads are not utilized outside major cities and, furthermore, are rarely used in digital marketing. But when you look at the map of the United States and evaluate the number who speak a foreign language at home, you can find pockets of speakers in every state. In fact, the state with the largest percentage increase of foreign language speakers at home was Nevada with a 1,088% increase since 1980.

The Hispanic population is made up of 60.5 million people which comprises nearly 20% of the country’s population. The United States has more Spanish speakers than every country other than Mexico. Hispanics are the fastest growing segment of the U.S. population; for every two people added to the population, one is Hispanic.

Hispanics represent 20 different nationalities, but the U.S. population has a large percentage coming from Mexico, Cuba, and Puerto Rico.

The Hispanic consumer is very important to the U.S. economy because they control 1.5 trillion dollars in buying power. This is up 212% from the last decade! Not only that, their consumption of products and services has increased by 42% in the same time period. Additionally, studies show that 66% of U.S. Hispanics pay attention to online ads and — more importantly — 93% take action after seeing the ads online, rendering them an incredible asset to the world of digital marketing.

Why should digital marketers invest in Spanish? 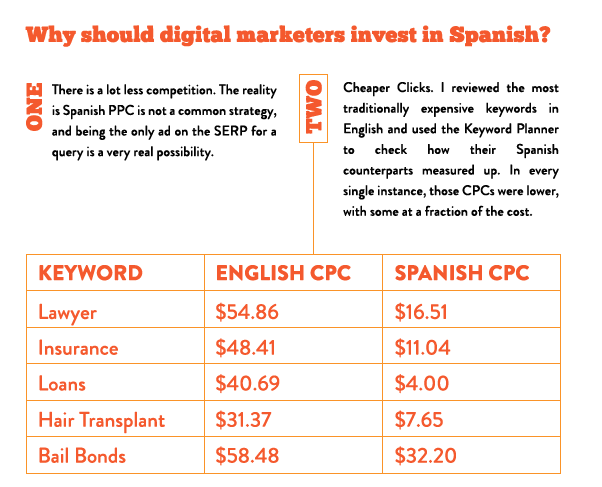 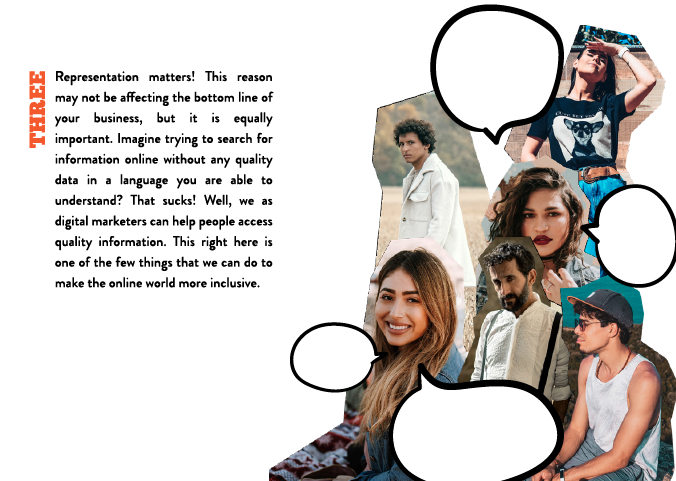 Let’s dig into how to actually implement the strategy (that is not technically a strategy).

Setting up a campaign correctly

Like with any experiment, we need to follow the scientific method and separate our variables. These campaigns should be treated as a test and each language should be tested out separately. The test budget I recommend is 20-30% of what you would normally spend in a campaign. In terms of their setup, there are a few nuances we want to watch out for when considering bilingual campaigns. In the language setting, I like to add the language I am testing, as well as the main language of the country; in this case, English.

Another important thing to consider when setting up ad scheduling, is time zones. Google Ads and Bing Ads treat this feature very differently. In Google, we are looking at the time zone in which the account is created and, in Bing, the time zone of the end user. If you are testing bilingual and international campaigns, make sure you are not scheduling them during times your target audience is sleeping.

The rest is quite easy because you have already done the heavy lifting and testing. You will keep the structure the same and begin by simply selecting a few of your best-performing ad groups, or 30-50 of the top-performing keywords.

Translating ads is costly unless you can do it yourself. I know that not everyone has the knowledge or confidence to do it on their own, so I usually recommend a free tool like Google Translate. Even as a native speaker, I use this tool to double check my own work.

Free tools like Google Translate do a great job, but can be very time-consuming if a large amount of keywords or ad copy translation is needed. One of my favorite hacks in Google Sheets is using the Google Translate function. GoogleTranslate allows you to, in seconds, translate everything efficiently. 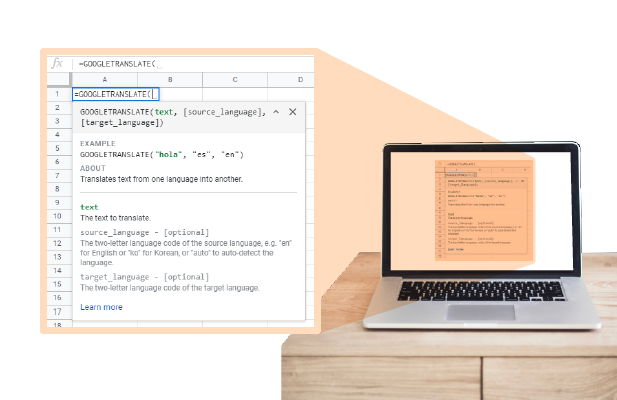 I always suggest having a native Spanish speaker double check your work if possible because, like all languages, the meaning and words can vary greatly, depending where you are from.

I attended the Women in Search and Digital Marketing Speak My Language Conference and learned that the word we use in the United States for pants is not the same everywhere else. If you were to use that same word in the United Kingdom, you would instead be referring to underpants.If you are a clothing retailer in the United Kingdom, this is vital information. You could be bidding on a word with incorrect intent, missing out on all the good clicks by not using the proper term — trousers. That is just one example of the importance of using the correct verbiage in a multilingual country. Within the Spanish language, 20 countries are represented, and so a term as simple as bus may be completely different elsewhere, depending on your country of origin.

Even if you do not have a Spanish coworker or friend to assist you, there are some noteworthy places to ask for help. Twitter and Reddit have large communities with people from all over the world to help translate or double check your work.

Crafting the correct ad copy is important when reaching any audience, but crafting the perfect message in a language that may not be your own is a Herculean task. Thankfully, the Spanish speakers in the United States are an easy audience to work with. Though they are used to consuming their online media in English, the majority are at home speaking purely Spanish, or at least bilingually, with low expectations in regards to the quality of the online content. Fifty-two percent are using English browser settings, not as a preference, but because they have no other choice. 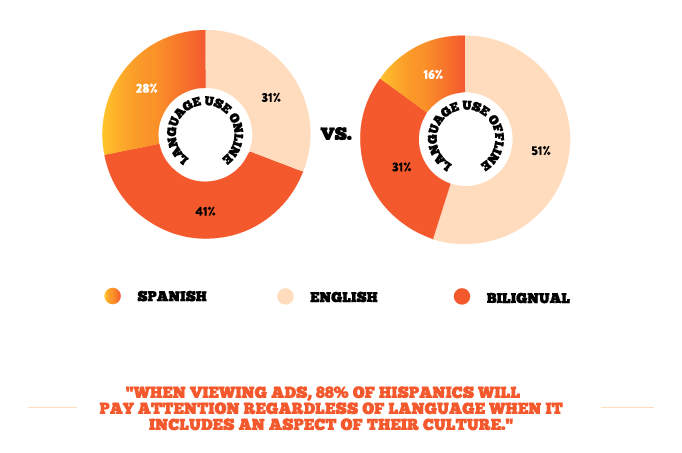 When viewing ads, 88% of Hispanics will pay attention regardless of language when it includes an aspect of their culture. Obviously, the best practice here is to translate your ads 100%, but I also believe it is ok to translate 50% or even to not translate at all. The goal we are trying to achieve here is to show searchers quality information the first time they try looking for it. In the SERP, it is ok to have an English ad pointing to a Spanish keyword, because you will most likely be one of the few trying to fight for that space and make it to the top. It is better to have a well-written English ad than a Spanish ad with mistakes.

Hispanics spend two more hours per week using their smartphones than all other demographics in the United States. Having a mobile plan is key to reach this audience. In fact, 68% of Hispanics who are searching on Google do it on a mobile device. Bidding higher on mobile, crafting mobile-specific ads, and creating Call-Only Campaigns could prove very successful as a bilingual mobile strategy.

Advertising on YouTube is an essential part of reaching the Hispanic audience of the United States. Why? Because according to Neilsen, more Hispanics watch YouTube than any other cable network. When creating video content, we have good news — there is no need to translate these ads (which is a much more complex endeavor than text translation). Sixty percent of Hispanics watch content in English the majority of the time. Don’t forget to award yourself bonus points for including aspects of Hispanic culture to videos targeted to this audience!

What I find is interesting is how 75% of Hispanics use YouTube to learn about new products and to make informed purchasing decisions.

As you can see, Spanish PPC is a powerful way to connect with new users without having to break your formula or the bank. It also has another huge benefit — it opens the door to making searching online accessible for all. By simply translating or including elements of a different culture into keywords and ads, we are extending an open invitation for people to feel comfortable and catered to when searching online.